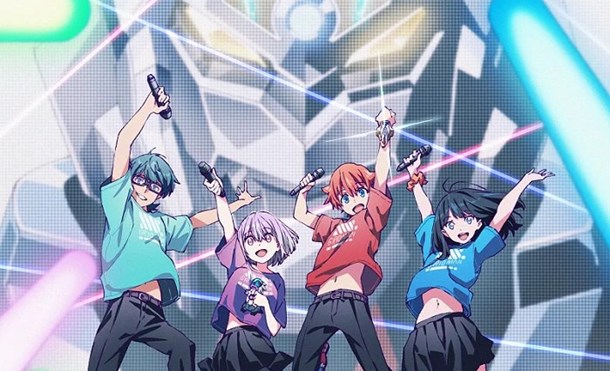 
Well February was a slow month for anime, but happily I managed to get around to at least one series sat on my "to watch" pile - the Studio Trigger series SSSS.Gridman, based on the Japanese Tokusatsu series Denkou Choujin Gridman. While the SSSS of the title is revealed in the final episode to stand for Special Signature to Save a Soul, but it's also a reference to the American adaptation Superhuman Samurai Syber Squad. Both of which are a bit weak for getting four S's in the title...

The show revolves around the amnesiac Yuta Hibiki, a first-grade high-schooler who meets the Hyper Agent Gridman through an old computer in a junk shop. When Kaiju attack teh city, Yuta is able to merge with Gridman, bringing him into Yuta's reality to save the town. The morning following the first battle shows the town completely rebuilt, but anyone who died from the attack has been erased from memory - for all but Yuta.

Gridman's allies later show up in town to offer their support, able to similarly transfer their essence through the computer screen and become vehicles for Gridman to combine with. And so battle is joined between team Gridman and the invading Kaiju, but who is behind the giant beasties and what is there agenda? Could it be anything to do with the mysterious and popular class beauty Akane?

Initially I was a little underwhelmed by the first episode, probably because I'm not a longtime Kaiju fan. This changed with the release of the Legendary films, in particular Skull Island and Godzilla King of Monsters, where the sheer scale of these destructive creatures was incredibly well rendered. Critical acclaim may elude these films, but like the beasts themselves they keep on coming! So with this in mind I persevered, and happily everything came together very quickly.

The revelation early on that Akane was in fact behind the Kaiju attacks, using them to kill off anyone who displeased her, added a terrific edge to the series. Her manipulative flirting and haughty temper tantrums are simply joyful to watch, with the show avoiding scenery-chewing villainy as hints of a more troubled past were dropped throughout the series. While the heroes stoically save the day, it's Akane's reactions and plotting that make the show what it is - just as Die Hard doesn't work without Hans Gruber, so too does Gridman need it's compelling villainess who you can't help but sort of root for. 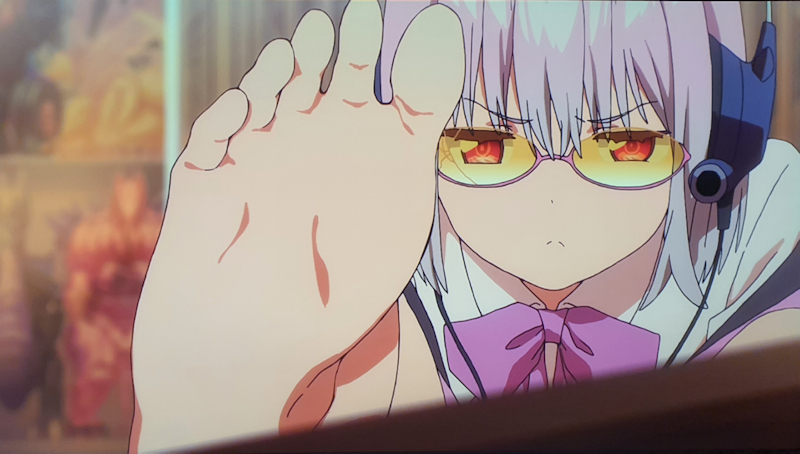 The series was originally touted as an alternate take on the Gridman mythos, but episode 12 reveals that this is a direct continuation of the original series, with a few lines thrown in to link it to the American show too - in particular mysterious baddie Alexis Karib refers to humans as "Meat Things", as does the Tim Curry-voiced Kilokahn from the Americanised series from DIC. Voice actor Barry Yandell does his best villainous moustache twirling as instigator Alexis, but I do wish Tim Curry had reprised the villains role. It's a hard act to follow certainly, and I did enjoy watching the real mastermind pull his puppet's strings, all the while pretending to be subservient to her. In a more direct nod to the original, Gridman is once again voiced by classic series actor, Hikaru Midorikawa.

One of the more subtle homages is to the Transformers franchise, with many of the characters being based on Shattered Glass versions of the series favourites. Good characters have blue eyes, baddies have red ones, just like the classic Transformers cartoon, and antagonist Akane's colourscheme is a direct homage to Optimus Prime's SG incarnation - even her headphones are designed to mimic Prime's iconic ear/antenna detailing. Yuta is supposed to be Cliffjumper, with the hair-horns and bumper shoes. Rikka is a take on Shattered Glass Megatron, Kaiju Anto is based on the colours of Shattered Glass Rodimus and the passport holder Akane gives to Rikka has the Autobot Matrix of Leadership as the magnetic holder. For a full list of Transformers references, TVTropes has you covered. It isn't only Transformers getting referenced either, Evangelion, Promare, Ultraman, Dangaioh and even Japenese hobby store Mandarake (here called Sevendarake!)  It's genuinely amazing how many references Trigger threw into the mix here!

The fighting is well done, with Trigger purposefully animating the Kaiju to mimic the classic men in rubber suits - it works like a charm and gives the whole series a feeling of nostalgia, while using uniformly excellent animation and even a bit of CGI to keep things modern. At 12 episodes, the series doesn't outstay it's welcome, and massive (unexpected) success in Japan, where it outsold much more recognisable properties on Blu Ray, have allowed Trigger to announce a related follow up project, SSSS.Dynazenon.

If you haven't caught this show yet, I highly recommend it. It's fun, beautiful to look at and has bags of personality, no doubt a result of the care and attention to detail that Studio Trigger has emphatically placed into their work. It's almost as fun to try and catch references as it is watching the gripping drama unfold!