While the full review for this special edition Gundam RX-78, released to coincide with the opening of Yokohama's remarkable Gundam Factory, will be posted on the UK Anime Network, I wanted to share the full gallery here so you can see how good this remarkable figure is.

With metal parts and joints, light-up features and plentiful accessories, the figure is certainly worth the £120 price-point, but expect to pay double that if you want to get one sent to you. With the seemingly never-ending lockdown making travel to Yokohama's walking full-scale Gundam nothing more than a pipe-dream, I've had to rely on third-parties to get this one to me. Add customs and it's pushing £300, which is definitely more than this figure is worth. But for now, let's concentrate on the how good the figure looks and count the cost later.

In brief, the joints are lovely and tight, there's unexpected bonuses like butterfly joints in the shoulders and a lovely sliding panel mechanic on the legs, the extra detail really makes the figure pop. I've never been a fan of the yellow detailing, it's really quite gaudy on the simplistic design of the original (I prefer the Strike, pictured below) but it's tolerable here. The break up of the white areas with grey patches, panel lines and written details modernises the look no end, and while the feet seem really stumpy compared to more modern Gundam designs, there's no doubt that the Grandaddy of them all still cuts the mustard when the effort is put in.

You'll notice from the pictures that the additional detail isn't the only change to the traditional RX-78. Since the Yokohama Gundam has some distinctive details of its own, they've been copied across here, most notably the distinctive circular joints in the arms and the two-tone blue that's been added to the vents. Purists may balk at the idea of the original being defaced in this manner, but as someone with no real passion for the original, I'm perfectly happy that they chose to represent the full size Gundam at Yokohama and not just bung another bog-standard RX-78 into the box.

There is a light-up feature, with lights in the scanner atop the head, the eyes (which look painted when switched off, a beautiful touch) and the chest vents, but it's pretty dull and therefore pretty rubbish.

I've come to really enjoy this figure, and I hope you enjoy the pictures. 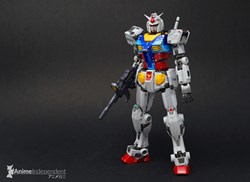 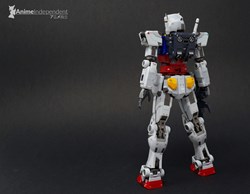 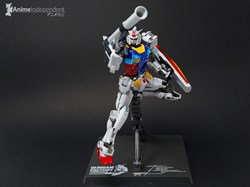 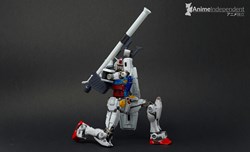 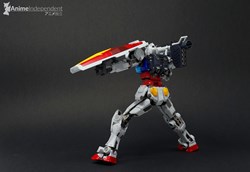 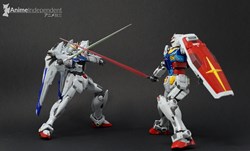 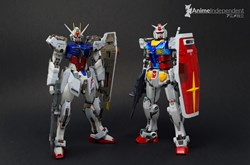 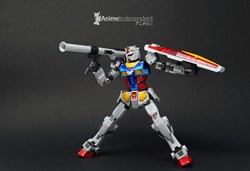 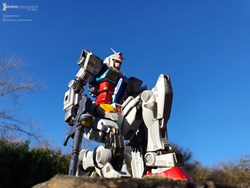 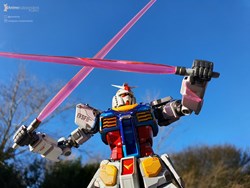 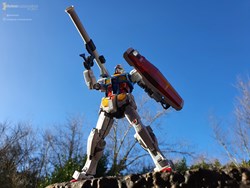 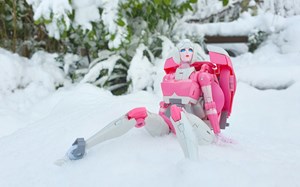 There's only one thing to do with this much snow - get the toys out! 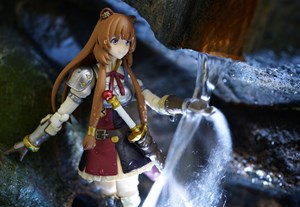 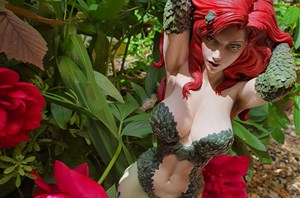