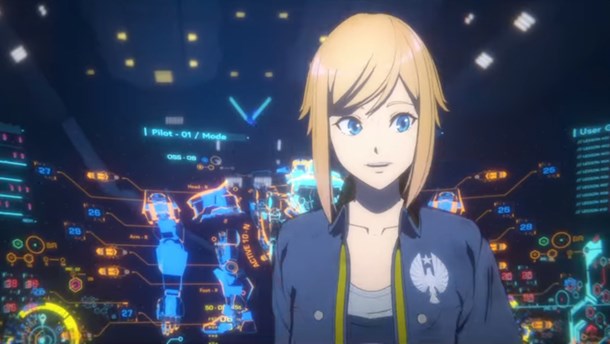 
The latest of the Netflix original anime titles, Pacific Rim: The Black takes place in the now familiar world of the Legendary film series, but takes several artistic licenses with the source material.

Set in Australia, brother and sister Taylor and Hayley are left behind with a group of survivors when their Jaeger-pilot parents leave to get help. With the continent essentially lost, the group survive 5 years before a chance encounter with a training Jaeger in an underground base changes their fortunes.

The Dolby Vision presentation is very sharp, coupled with a fluid and suitably crunchy opening battle between two Jaegers and a group of Kaiju. Now, I haven’t seen the second film (I never felt the first needed a sequel) but in this animated series, multiple Kaiju appear out of random rifts in the ground - since the first film made such a big deal of multi-Kaiju events, this seemed a bit odd. It made the monsters seem a little “throwaway” honestly, something the first film cleverly avoided. It’s a small nitpick, but given that Legendary was involved in the series, it’s an oddity that missed this important piece of lore.

The survivor’s camp is an idyllic setting, all red rocks and lush valleys, so you know it won’t last long. I liked a lot of the supporting characters, so it was quite the shock that the first episode ended on such a somber and downbeat note. Wherever the series takes our heroes, they’ll be going it alone. 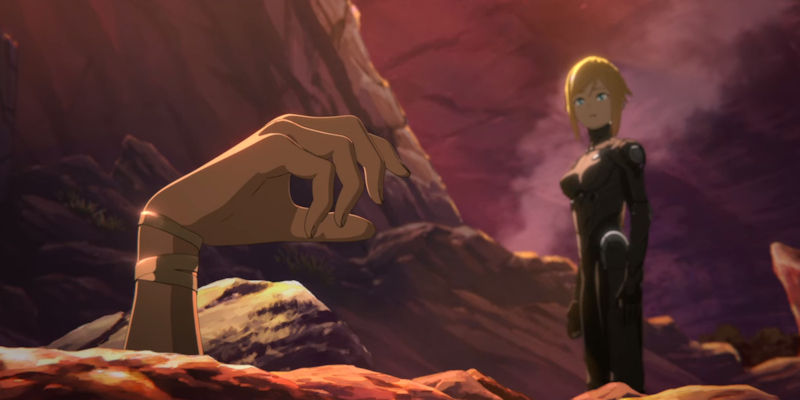 If episode 1 is any indication, this will be a bleak show

While I like Hayley as a bratty, younger protagonist (full props to actress Gideon Adlon for an excellent performance taht essentially carries much of this first episode), the constant see-saw of mood throughout the 30 minute runtime threatened to give me whiplash. The triumphant discovery of the Atlas training Jaeger, replete with a fantastic homage to the Pacific Rim theme, was completely at odds with absolute tragedy that occurs minutes later. There are elements of comedy that also seem quite out of place, but overall the excitement of robotic combat should come with a heavy reality check, and we certainly get that here. It's very Gundam in that respect.

Taylor is the grounding the show needs - the burdened older brother seems quite without hope, content to take care of the villagers and keep their collective safety in check. Hayley’s assertion that survival “isn’t living” might have some merit if her recklessness wasn’t the reason that they weren’t even surviving in the end, the irony probably not lost on her in later episodes. On that note, a full season review will be going up on the UK Anime Network once I get through the season.

The direction is solid - the fights feel suitably beefy, with heavy blows being delivered by both sides. I like the inclusion of a freeze ray to the first Jaeger we see in action, as it brings something new to the table. Touches like the spray of Kaiju blood to camera as one beast goes down early on, hitting the ground in massive droplets, shows that the directing team (consisting of Asayuki Uemoto, Susumu Sugai and Takeshi Iwata under the supervision of Hiroki Hayashi and Jae Hong Kim) gave serious thought to the spectacle required.

I couldn’t help feeling it would have been more fun to see it in live action though.

While CG anime has come a long way in the last few years, there are times when it looks like a computer game cut scene. There’s just something less emotional about a CG face, but the voice acting gives everything enough life to carry things through in this opening episode. 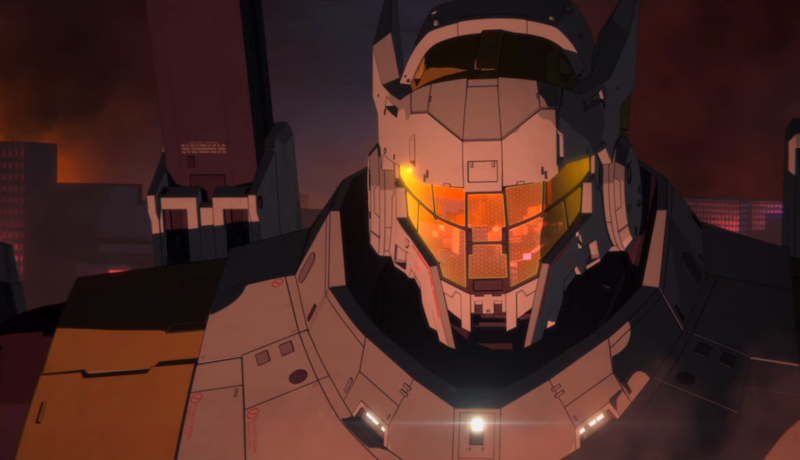 I have to say I would have preferred a slightly less desolate start to the series, but I did enjoy much of it - the swirl of CG interfaces as Hayley actives the Atlas whille the camera pans around her was pure joy, as was watching her skipping the entire training program. The loss of the likeable supporting cast was a tribute to the care taken to craft them despite their brief time onscreen, and overall it felt like a fulsome 30 minutes.

With only 7 episodes to get through, it’s hardly a Kaiju-sized series, but hopefully less is more in this case. I’d certainly recommend taking a look at the show, more so if you like mecha, Kaiju or just action in general. Let’s just hope it gets a little less depressing.