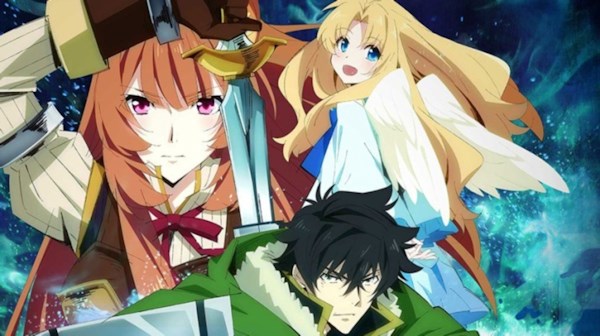 Rise of the Shield Hero - the counterpoint to metoo culture


In recent days, the controversy surrounding the anime series Rise of the Shield Hero has reached something of a fever pitch. Dealing as it does with a young hero falsely accused of sexual assault against a young woman, it has been demonised, condoned and held up as an example of "wrong think" by several anime websites, with Anime Feminist going so far as to list women's charities rather than talk about it. Of course being AF they had to add:

"Our readers know why a series hinging on a false rape accusation and slavery apologism is wrong."

This sort of language, grouping their entire readership into a presumed fealty, is as divisive as I've come to expect.

The premise of the show is not unusual for a modern series - four youngsters are whisked off to a fantasy world, among them Naofumi Iwatani. They team up with locals, and shortly thereafter split into teams - Noafumi pairs off with a young local woman named Myne. The next morning he awakes to find his belongings gone and Myne's torn neglige on his bed. During the hearing to assess his guilt, Myne stops her sobbing long enough to pull a face to her "attacker", confirming that the accusation is false.

THE REALITY OF RAPE ALLEGATIONS

The website Bounding into Comics has a terrific piece on this series which has been very informative, so I'm not going to repeat what they've articulated so well, except to confirm that once again the usual crowd of the professionally offended are on the march in force, and to expand on some of the comments made by sources that they've pulled.

Let's have a look at another of the ridiculous comments made by armchair pundits with little exposure to reality.

Let's look into two facets of this dangerous assumption. Firstly, it denies reality to such a dangerous degree that it positively encourages the act of falsely accusing someone. If rape victims never lie, all those accused are automatically guilty of the act and any fair trial is redundant. So why even bother with proof? This is examined in detail by Miller's The Crucible, which rightly stands the test of time for highlighting how feverish willingness to believe the worst can be manipulated and even weaponised. Yes, any woman who claims to have suffered in this way should immediately be taken seriously, but safeguards must be adhered to in order to prevent abuse and mob justice.

Secondly, there are plenty of real-world examples of this practice happening, and women who lie about this heinous act are rightly imprisoned for it. Most recently in the UK, Sophie Skinner was sentenced to 18 months in jail in October 2018 for falsely alleging rape, and cases like this are incredibly important signals to anyone thinking of abusing a system designed to protect women. If there are no penalties for lying, then there are no risks either. This is inherently dangerous and nobody in their right mind could possibly believe that a mantra like "believe women" should be taken verbatim. Sometimes women are assholes too. And if we are to protect actual victims of rape then women who lie are damaging other vulnerable women and should be stopped.

James Beckett of Anime News Network claimed in his review that when it comes to attitudes towards abuse, "The situation is so bad that the majority of victims choose not to report sexual violence" but gives no statistics or evidence to back up this assertion before condemning the series for daring to approach the subject, no matter the importance to the plot or its eventual resolution.

Unlike many of the commentators I've read, including Mr Beckett, I do have some experience of a false rape accusation, thankfully not levelled at myself. 25 years ago, my Uncle, who suffered a severe respiratory disease that saw him on breathing apparatus for 6 hours a day since childhood, was accused of rape by my cousin. The case collapsed under cross-examination where it became obvious that her allegations were literally impossible and she was sentenced to two years in jail as a result. I've seen what these allegations do to families, and therefore was anticipating Rising of the Shield Hero as an interesting counterpoint to the #MeToo culture that's currently in vogue. It is a necessary side of the debate that needs airing, and certainly shouldn't be silenced because people find it uncomfortable. Adult life is about facing uncomfortable issues and dealing with them maturely, and more importantly understanding both sides of a debate, not shutting down the one you dislike.

THE REALITY OF THE SERIES ITSELF

There are some interesting facets of the series itself that are also missed by those currently shaking their fists at the sky.

So not only is the author's world run by women with the strictest possible penalties for the offence, but the entire plot has been written by a woman with enough empathy to explore the repercussions on a male protagonist when facing false accusations. Instead of trying to tear down this free-thinking, creative woman, surely the anime feminists should be celebrating how women are open-minded enough to consider multiple viewpoints on a singular, difficult issue.

I've been told not to make assumptions about the author's gender on twitter, which is a bit rich. Apparently not only do we not celebrate how women can be open-minded, we have to doubt their gender altogether. "It's a pen name you dolt" to quote one angry twitter commentator. Yes, but in most cases, including J.K Rowling, it's a practice used by women to take on a male identity to sell books, not the other way around. But if it IS a man, then so what? It doesn't change the plot, the matriarchal society or the capital nature of the offence in-universe. It would only allow for the misogyny narrative to be enforced, but that's hardly the basis of this article. At the very least a human being showed enough empathy to write a story about a man who is shunned by society for an unspeakable crime, but who acts in the best interests of the people anyway (you have to watch the whole thing, sorry...)

Back to the article...

We also have to consider the story beyond episode one. Without giving away spoilers, the accusation itself is pivotal to the lore of the fantasy land, our hero's place within it and how society itself is managed and manipulated by those at the top.

Criticism has also been levelled at Noafumi's bitterness toward his newfound world and the people in it, despite it being directly linked to how he himself is treated. It's absolutely key to the story and the culture, making it somewhat ironic that the way in which Noafumi is treated by natives of the fantasy land are in line with those currently expressed by natives of our own. Gregory Counts was wrongly convicted and served 26 years, released in 2018. On release he claimed "There is no point being angry. One minute spent being angry is one minute I could have been happy". I can only imagine this insight must have taken a lot of time to arrive at, and we see Noafumi go through a similar transition.

Ultimately there's a lot of positive stuff in the story when taken as a whole, which would be clearly evident if people weren't so quick to be offended by the opening act. It seems endemic of the current media to take everything at face value. We used to have something called investigative journalism, but this has long since faded into memory. Journalism now, especially as practiced by a lot of websites, values clicks over content. This is writ large in season one of Daredevil on Netflix through the character of Ben Urich. It's remarkably candid for a modern series.

FALSE RAPE CLAIMS IN OTHER SHOWS

Speaking of "modern series", let's also look at a recent and not-so-recent example of how the issue is dealt with elsewhere. Fake rape and sexual attack claims form the basis of many powerful stories outside of anime. In 2014's The Newsroom, the episode Oh Shenandoah deals with a genuine rape victim who is planning to face her attacker on TV and launch a website so women can shame attackers publically. The discussion with staffer Don Keefer (Thomas Sadoski) and Mary (Sarah Sutherland) is powerful and makes strong arguments for both sides. It showcases the nature of fear and risk on a sensitive topic. You can see it edited together on Youtube.

Classic science fiction show Quantum Leap aired one of it's fan-favourite episodes, Deliver Us From Evil in 1993. Here, time travelling Sam Beckett re-enters the body of someone who's timeline he had already fixed, and has to deal with a fake rape accusation by another time-traveller trying to undo his good works across the timeline. Like Rise of the Shield Hero, the act is used as a narrative device to show how truly wicked the antagonist is.

SO WHERE DOES THIS LEAVE US?

If I can take one crumb of comfort from the depressing virtue-signalling storm surrounding this series, it is that many outlets are now aware of the "Animegate" issues that have been around for some time. In particular, Sakura Anime News, Bounding into Comics and Youtube's Yellow Flash are all keenly dissecting arguments from areas online that had traditionally gone unchallenged. They use sources, examine in-depth and, however you may feel about the politics, have created a much-needed counterpoint to the popular progressive narrative.

Rise of the Shield Hero deserves praise, not condemnation, for taking on such a difficult issue. In an age where everything is "hate speech", it is profoundly brave where in any other time it would have simply been a story. Crunchyroll may have even given in to the mob according to Sakura Anime News, which will be very sad if true.

If I may leave you with one bit of homework, I'd encourage you to read this interview by The New Yorker where Arthur Miller discusses his reasons for writing the aforementioned The Crucible. His commentary on having people vetted for communist activity before being allowed to take jobs in Hollywood is not so far removed from the known lists of "undesirables" doing the rounds in the comics industry (and I suspect, others) right now. People hounded for views or comments considered "incorrect", made out of context or in another time are vetted as ruthlessly as by any of McCarthy's Loyalty Boards. It is genuinely chilling.

"Gradually, all the old political and moral reality had melted like a Dali watch. Nobody but a fanatic, it seemed, could really say all that he believed." - Arthur Miller on the politics of the 1950's.